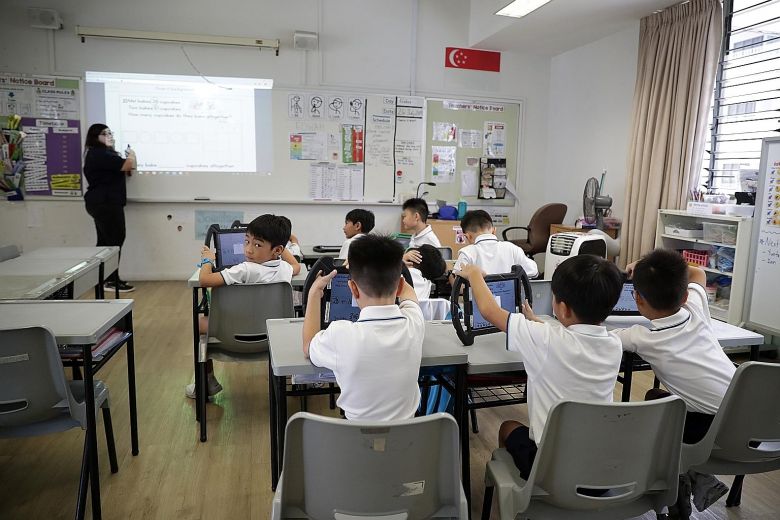 More Singapore children are being diagnosed with autism spectrum disorder (ASD) each year, with demand for places in schools for them going up as well.

In the past five years, public hospitals reported an annual increase of about 15 per cent of autism cases among children aged up to six years.

The steady rise is due to parents, who are now better educated, being more aware of the condition and improvements in the diagnosis process, said experts interviewed.

In tandem with the uptrend is a growing demand for places in autism-focused schools.

At least two will be expanding: Pathlight and Eden.Pathlight School, for high-functioning children with autism, said last month that a second campus will be built in Tampines. Scheduled to open in 2023, it will provide 500 primary-level places.It will augment the 1,456 primary and secondary places at its main and interim campuses, both of which are in Ang Mo Kio.

Similarly, Eden School in Bukit Batok, for students aged seven to 18 with moderate to severe autism, is building a second campus in the same area. It will be ready in January 2021, with 300 to 350 places.

Eden is also holding extra classes at an interim campus in Ang Mo Kio, said its vice-principal Patricia Cheng. Its enrolment has jumped 12 per cent from 315 in March 2016 to 353 in March 2019.

St Andrew’s Autism School, for students aged seven to 18 with moderate to severe autism, has seen enrolment surge up to 13 per cent year on year since 2016. It currently has 287 students and hopes to reach 312 next year.

One reason is the wider spectrum of learning needs and abilities, which increases the likelihood of children being diagnosed with added learning needs, said Mrs Teo, who has more than 30 years of experience in early childhood education.

Other reasons include greater awareness of the benefits of inclusive education and access to greater support in the early childhood and special education sector, she added.

Dr Eyleen Goh, principal investigator at the National Neuroscience Institute, noted that increased awareness and improved diagnosis are part and parcel of being a developed nation, with most people being better-educated and receiving good healthcare services.

“However, many other factors also contribute to ASD numbers here and they cannot be completely ruled out,” said Dr Goh, who is also associate professor at the neuroscience and mental health faculty at Nanyang Technological University’s Lee Kong Chian School of Medicine.

These include genetic risk factors, prescription drugs taken during pregnancy, environmental factors, diet and children being born to older parents.