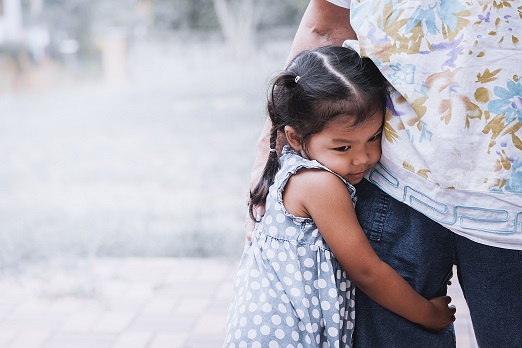 Tian Na is a 41-year-old single mother who lives in a rental flat with her five-year-old daughter, born out of wedlock. For years, she has been trying to get a Build To Order (BTO) flat of her own, but she is struggling to get approval from the authorities.

That is because she had previously disposed of two flats – the first when her previous marriage in her early 20s ended in a divorce; and the second, which she co-owned with her father, when she needed ready cash because her daughter was diagnosed with a medical condition that affects her motor skills development.

She also resigned from her job to take care of her child full-time until she can be enrolled in a primary school. Tian Na now works as a freelance accountant, but without a stable income, she is unable to apply for loans to get a flat from the resale market.

With no other family members apart from her father, who lives alone in his own rental flat, she also worries that if something happens to her, there is no one there for her daughter. Her daughter’s father, a Singaporean who works overseas, had refused to marry her when she got pregnant.

“It’s been very stressful… If something happens to me, what will happen to my girl? It’s frustrating,” she told The Pride.

“Staying at the rental environment, it is not the best and this has been a big headache. I just want my girl to have a permanent place… so that when I pass away – I’m not young anymore – at least she has a permanent shelter over her head.”

The problems Tian Na faces as a single mother is different from Wong Chwei Yan, who has two children.

The 47-year-old property agent divorced her husband of 15 years after she found out that he had cheated on her. Their children were six and four then.

While she has strong support from her family and no troubles with housing and finances, Wong struggles with her elder daughter’s hatred for her father.

During the legal proceedings of the divorce, Wong, who by her own admission has a strong personality, often clashed with her ex-husband. Both parties used their children against each other and also verbally abused each other in front of their children.

When she got custody of the kids, she often complained about him to them. She also didn’t allow him to see her children. Over time, her elder daughter, who is now 15 and used to be very close to him, started hating him.

“They used to go on dates every Saturday until we moved out (following the divorce). It was overnight that her attitude towards her father changed and I didn’t realise what I did actually hurt her,” Wong told The Pride.

“She cannot forgive her father and I think it is because of my actions. I feel that I played a big part in making her feel that way…she now doesn’t want to see him at all.

“When her father goes to school to see her on occasions when I can’t make it, she will break down and scold me for making him go. She feels ashamed to have her father there,” added Wong, who also feels guilty about this.

Now, she is slowly trying to remove that barrier between her daughter and ex-husband by having heart-to-heart talks with her whenever an opportunity arises.

Wong only realised what she had done when she started attending some self-improvement courses four years ago. She laments the lack of a proper support channel for single mothers like her.

“It will be good to have a proper network. Right now, what we have is one that’s very ad-hoc. It’s among people that I know, like friends, but it isn’t something that is stable and will always be there,” she said.

“If there’s a support network, where single mothers understand each other’s challenges, such as handling the children, or dealing with childcare, it will be great.

“What we need is both emotional and practical support. From sharing with each other, we can also direct each other to the relevant places to seek further help, too. Right now, there is a gap there.”

Tian Na, who has been seeing a psychiatrist to manage her frustrations over the struggles she’s facing, added: “There is really a lack of support, especially for single mothers like me who have no one to count on. When I tried looking for a support network previously, I couldn’t find anything.”

An online search for support networks for single mothers only returned results for a group called Single Parent Support Group on Facebook. But there are hardly any interactions on the page, which advertises about painting and cleaning services more than providing actual support.

A deeper search showed that Aware (Association of Women for Action and Research) has a support group as well, but not much information about it is available.

Both Wong and Tian Na unequivocally stated that it is an area that is lacking in terms of where single mothers can seek help from. Another single mother who wanted to be known only as Moon, agreed.

The 35-year-old accountant had been married for nine years, after six years of courtship. Her ex-husband left her and their two daughters, aged eight and 10, about three years ago – for another woman.

Moon admitted that while her family members and close friends were very supportive of her, it wasn’t enough.

She said: “Handling the emotional aspect was the worst. Throughout the entire divorce process, my friends came over to help me. Sometimes they also stayed over just to be with me… so there was always someone with me.

“(But) I don’t think they can understand what I went through. Of course, it will help if we had a proper support network among single mums.”

Wong chimed in: “Older relatives will say things like, ‘because of the divorce, now the child is affected’, as though it was my fault that the marriage fell apart. It makes me feel ashamed as well.

“So, while I am more fortunate than many single mums in that I have a place to live and my mum can help to take care of my children, there are also times when I feel that there needs to be more support.”

Wong also added that she has been trying to help single mothers she meets while attending courses by giving them advice, often reminding them that the biggest victims are always the children.

And that’s how having a support group for single mothers will come in handy – by sharing their own experiences with one another, said Moon.

“We can share with each other how we manage to overcome our pain, and also share with them that single mothers can also lead a wonderful life. We don’t have to live with a chip on our shoulder all the time, and there is still hope. I think that’s what they want to hear,” she told The Pride.

Tian Na agreed that having such a support group of single mothers can definitely offer hope. But she said: “Emotional support may work better for young single mothers. Whereas for single mothers who are older like me, I don’t think it’s going to make much of a difference.

“Ultimately for me, I would prefer to receive concrete help – if not financially, then at least someone who can help me out with the issues I’m facing, like trying to get housing. And I’m sure I am not the only single mother out there who feels this way.”